Black History Month and the Health Service in the UK

BHM is an opportunity to highlight pioneers in various walks of life. As a health professional, I thought it would be interesting to look at the contributions of people of African and Caribbean descent to our health service here in the UK. I quickly realised no one can capture history in a few paragraphs. Instead, I would like to share some of the stories I found. Some of these people you probably heard of already, and some may be ‘new’ faces, but they are all to be celebrated. And if you know of any others, please respond below! 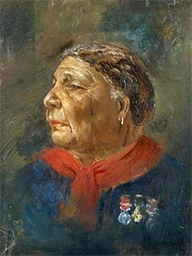 Mary Seacole was a British-Jamaican nurse, healer and businesswoman who set up the “British Hotel” behind the lines during the Crimean War. She did not have formal British nursing qualifications or training but relied on her skill and experience as a healer and a doctress from Jamaica. Some say she is the first nurse practitioner.

Hoping to assist with nursing the wounded on the outbreak of the Crimean War, Seacole applied to the War Office to be included among the nursing contingent but was refused, so she travelled independently and set up her hotel and tended to the battlefield wounded. She became popular among service personnel, who raised money for her when she faced destitution after the war.

She was posthumously awarded the Jamaican Order of Merit in 1991. In 2004, she was voted the greatest black Briton. 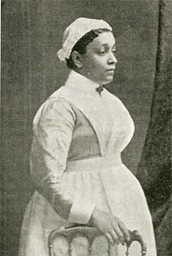 Annie Catherine Brewster was born on the island of Saint Vincent in the Caribbean in 1858. Her father, Pharour Chaderton Brewster, was a wealthy merchant from Barbados who settled in South London in the 1860s with his family, including Annie and her younger sister, Laura.

In 1881 Annie Brewster entered the London Hospital as a probationer (or trainee) nurse and was appointed to the hospital’s nursing staff in 1884. She was promoted to nurse in charge of the Ophthalmic Wards in 1888. Brewster became known as ‘Nurse Ophthalmic’ because of her work with elderly patients who were losing their sight.

She was one of the first Afro-Caribbean nurses to have been identified as working in Britain during this period. 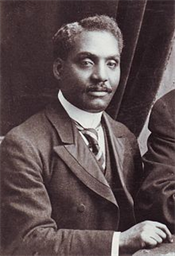 Alcindor was born in Trinidad, where he was educated at Saint Mary’s College; after winning one of the four Island Scholarships he went to study medicine at Edinburgh University, Scotland, graduating from there with a medical degree in 1899. He then worked in various London hospitals, before going into practice on his own around 1907.

During World War I, he was refused a place in the Royal Army Medical Corps. He decided to volunteer with the Red Cross for which he was awarded a Red Cross medal for his work with the wounded at London rail stations.

Alcindor served as senior district medical officer of the London borough of Paddington from 1921 until his death.

Alcindor associated in the late 1890s with the group around Henry Sylvester Williams and his African Association. They were behind the First Pan-African Conference in 1900, which he attended in London, as a delegate from the Afro-West Indian Society. He went on to become the second president of the African Progress Union in 1921, succeeding John Archer. 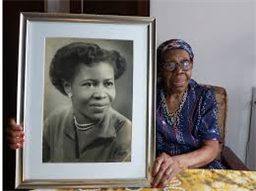 Born into a well to do family in Accra in the then Gold Coast [now Ghana], Matilda arrived in the UK via Dover in August 1947 to study nursing. She started her training in Barnet Hospital.  Unfortunately, this hospital was rather small, without training facilities. So after several weeks of daily bussing to a bigger hospital for training, she and a Sierra Leone fellow training nurse, made private arrangements to continue their training in bigger hospitals. She was accepted at Central Middlesex Hospital in Harlesden, north-west London, where after the preliminary 3 month “observation” period, she was accepted for State Registered Nurse training, which she successfully completed in 3 years. It was while she was training here that the NHS was launched in 1948.

She went on to qualify as a State Certified Midwife and a Health Visitor,  and subsequently had a long career as a senior public health practitioner in Ghana. 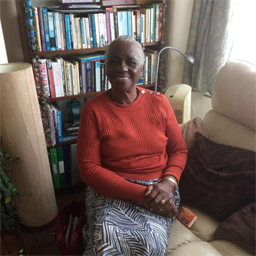 Elaine was born in the Dutch Caribbean island of Aruba in 1941. She won a scholarship to study nursing in Enschede in Holland. In the early 1960s she came to Manchester where she worked first at the Manchester Royal Infirmary (MRI) and then the Northern Hospital as a staff nurse and ward sister. She became the first black ward sister in the Northern. She moved with her husband to Nigeria in the 1970s where she developed a nursing school. In 1992 she returned to the UK and took up work in nursing home care. She went on to volunteer at the Macmillan Centre at the MRI and the Health Authority. She continues to serve on various health and social care committees in Greater Manchester. 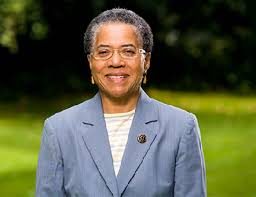 Professor Dame Elizabeth Nneka Anionwu DBE FRCN is a British nurse, health care administrator, lecturer, and Emeritus Professor of Nursing at University of West London. She was born in 1947 to an Irish mother and a Nigerian father.

Anionwu began her nursing career at a young age after being inspired by a nun who cared for her eczema. At the age of 16, she left school with seven O-levels and started to work as a school nurse assistant in Wolverhampton.  Later on, she continued with her education to become a nurse, health visitor, and tutor. She travelled to the United States to study counselling for sickle-cell and thalassemia centres as courses were not then available in the UK. In 1979 she worked with Dr Milica Brozovic to create the first UK sickle-cell and thalassemia counselling centre in Brent. The opening of this counselling centre pioneered the opening of more than 30 centres in the UK using the Brent Centre as a model.

In 1998, by then a Professor of Nursing, Anionwu created the Mary Seacole Centre for Nursing Practice at the University of West London. She holds a PhD, was appointed a Dame Commander of the Order of the British Empire and is a Fellow of the Royal College of Nursing (RCN). She retired in 2007, and in 2016 she published her memoirs, Mixed Blessings from a Cambridge Union. 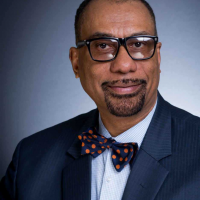 Adeyemi obtained his degree in Medicine in 1982 from the College of Medicine, University of Lagos.  He obtained his MRCOG from the  Royal College of Obstetricians and Gynaecologists in 1993. He holds many professional positions including Honorary Consultant Complex Laparoscopic Gynaecology Surgery [Barts Health NHS Trust 2019] and Member Governance Comittee  BSUG (British Society of Urogynaecology) 2019.

He and 6 other colleagues built their own private hospital (Westland Medical Centre). This serves the local community of Hornchurch in Essex. 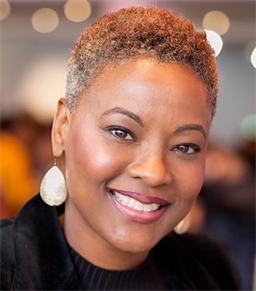 Samantha Tross was born in Georgetown in Guyana in 1968 to Sammy and Gwendolin Tross.

She studied medicine at University College London, where she decided to become a surgeon. Tross is unsure of what caused her initial interest in medicine but thinks that the death of her grandparents when she was young was a contribution to her interest. She also notes that while in medical school she was exposed to many different specialities in medicine, but the surgeons in Orthopaedics made her feel wanted and useful.

This was an unusual course for a British woman.  She trained at various hospitals and completed her training in orthopaedic surgery in 2004. She is a fellow of the Royal College of Surgeons. She specialises in re-constructive hip and knee surgery. Although she is known for her work with hip and knee surgery, she also does work on the shoulder, elbow, hand and foot and ankle.