Black History Month (BHM) UK (October) promotes knowledge, understanding and recognition of Black history and achievements. It aims to acknowledge and celebrate the contributions made by black people to the cultural and economic development of the UK.

People from many different backgrounds come together during this month to celebrate the positive role of black people in shaping our communities. Over the years the focus of BHM has expanded its coverage to include the history of African, Asian and Caribbean peoples and their contribution to Britain’s ‘island story’.

After visiting America in the 1970s, Ghanaian-born Akyaaba Addai Sebo, a special projects officer at the Greater London Council (GLC), founded the UK’s version of Black History Month in 1987.

In the United States, BHM is celebrated in February because the birthdays of former US President Abraham Lincoln and abolitionist Frederick Douglass fall within this month.

There are thought to be two reasons behind why BHM is celebrated in October in the UK: 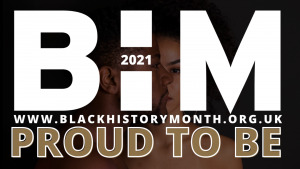