The week of the 28th November has been a celebratory one at The Barnet Group, as we celebrate our colleagues who have made a significant difference to the lives of our customers.

We hope you enjoy reading about our worthy winners, and the reason’s why they picked up their awards. 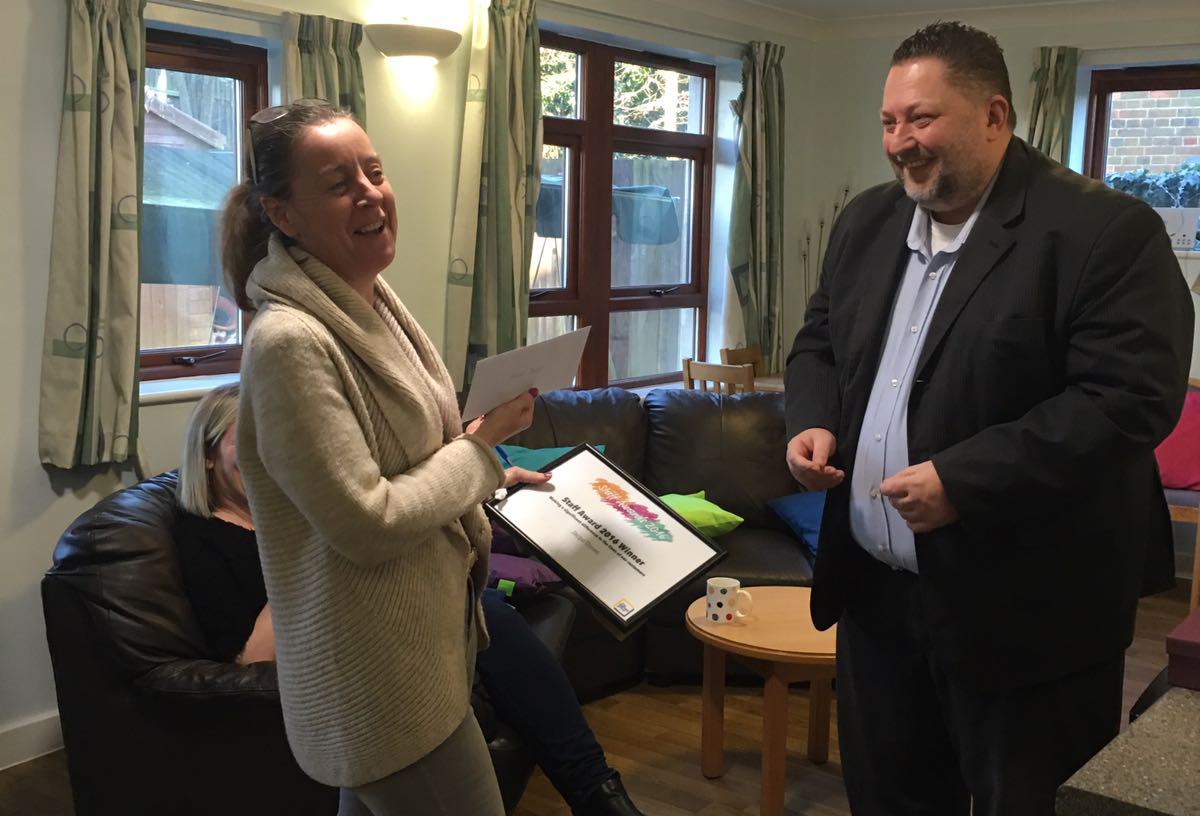 Jacqui has been responsible for saving the life of a service user twice this year. The service user in question has a learning disability and is not able to explain if she is ill. Thanks to Jacqui knowing the service user very well, she realised something was wrong & called the emergency services, just in time. The service user spent months in hospital & finally came home three months later.

The service user was home one night before they collapsed & Jacqui again had to call for help. If Jacqui had not been monitoring her extra carefully then the service user would not have survived. “We are all extremely grateful that Jacqui was on duty, and would like everyone one to know how much we appreciate her.” 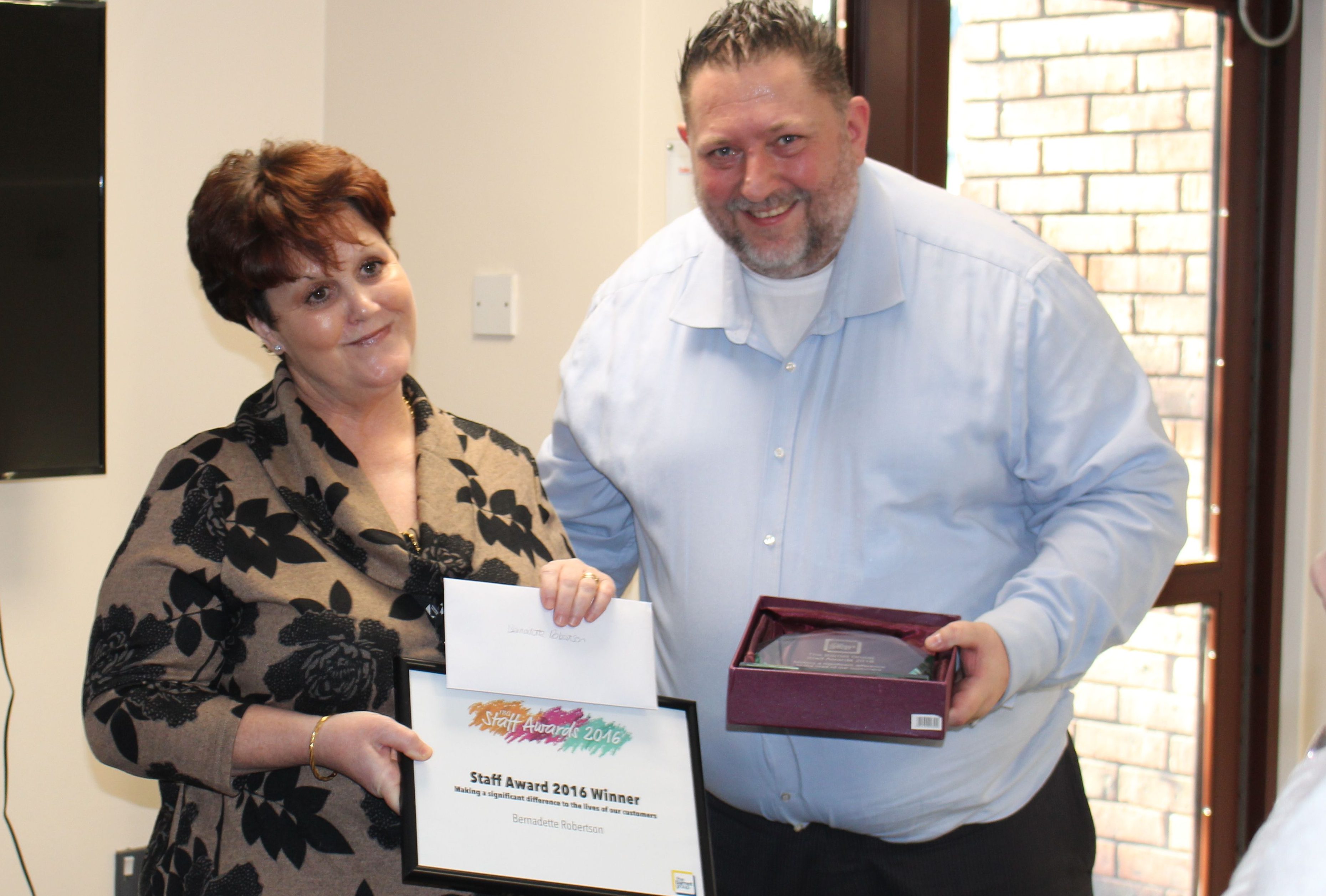 Bernadette Robertson recently went beyond the responsibilities of her role, helping a vulnerable tenant who was the victim of fraud. Working with the police and other safeguarding groups, Bernadette ensured the culprit was taken to court and the vulnerable resident was put at ease. 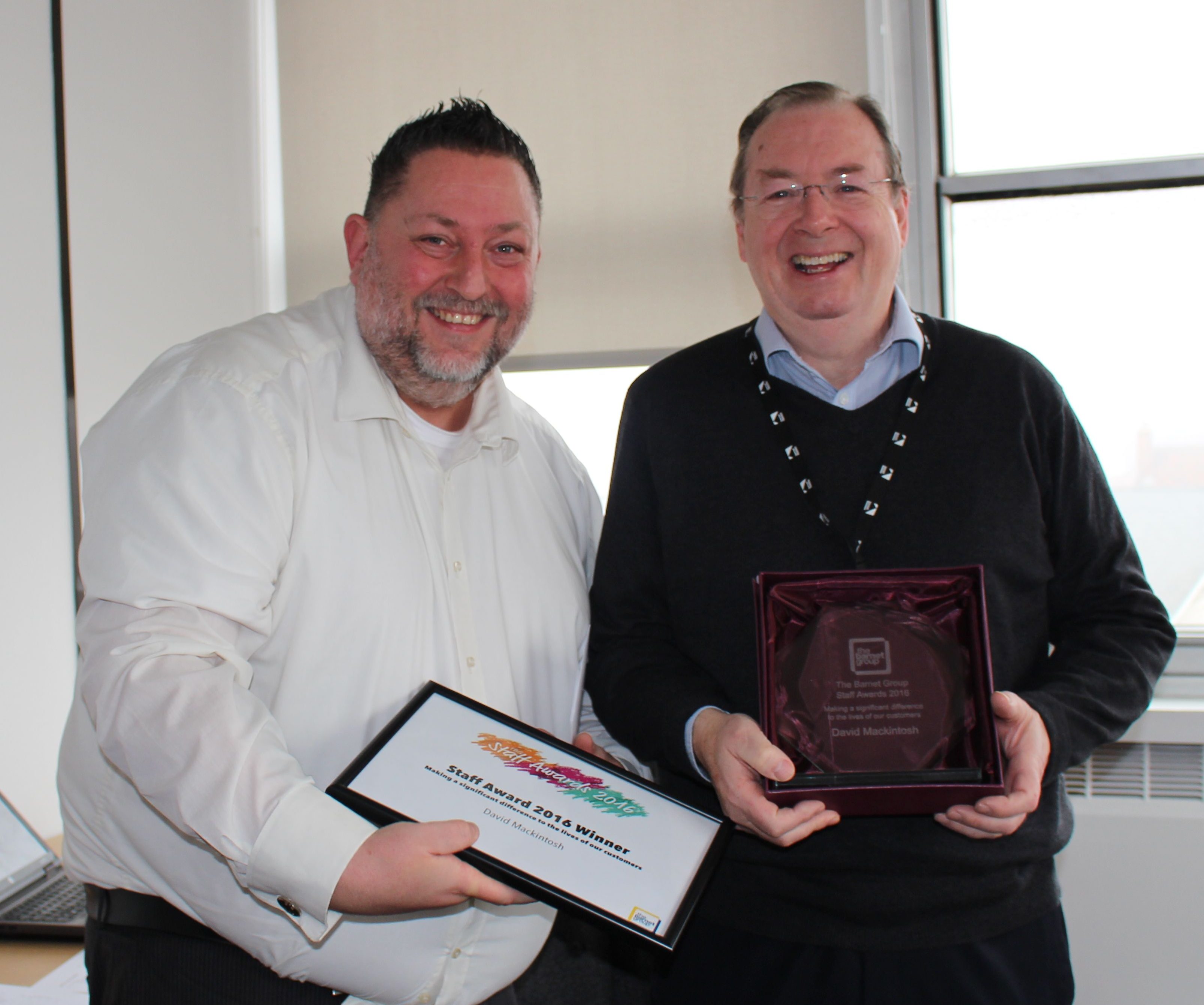 David has saved numerous lives during the 128 emergencies he has personally attended to over the last year as well as demonstrating exemplary professionalism in the highly technical assistive technology aspect of the job. He will be the first to try to get to grips with any new piece of equipment that could be provided to the vulnerable residents across the borough and is more than happy to take the time to tailor different solutions to the specific needs of each individual.

The residents of the London Borough of Barnet should sleep soundly in their beds, safe in the knowledge that David Mackintosh is ready and waiting to respond to any emergency! 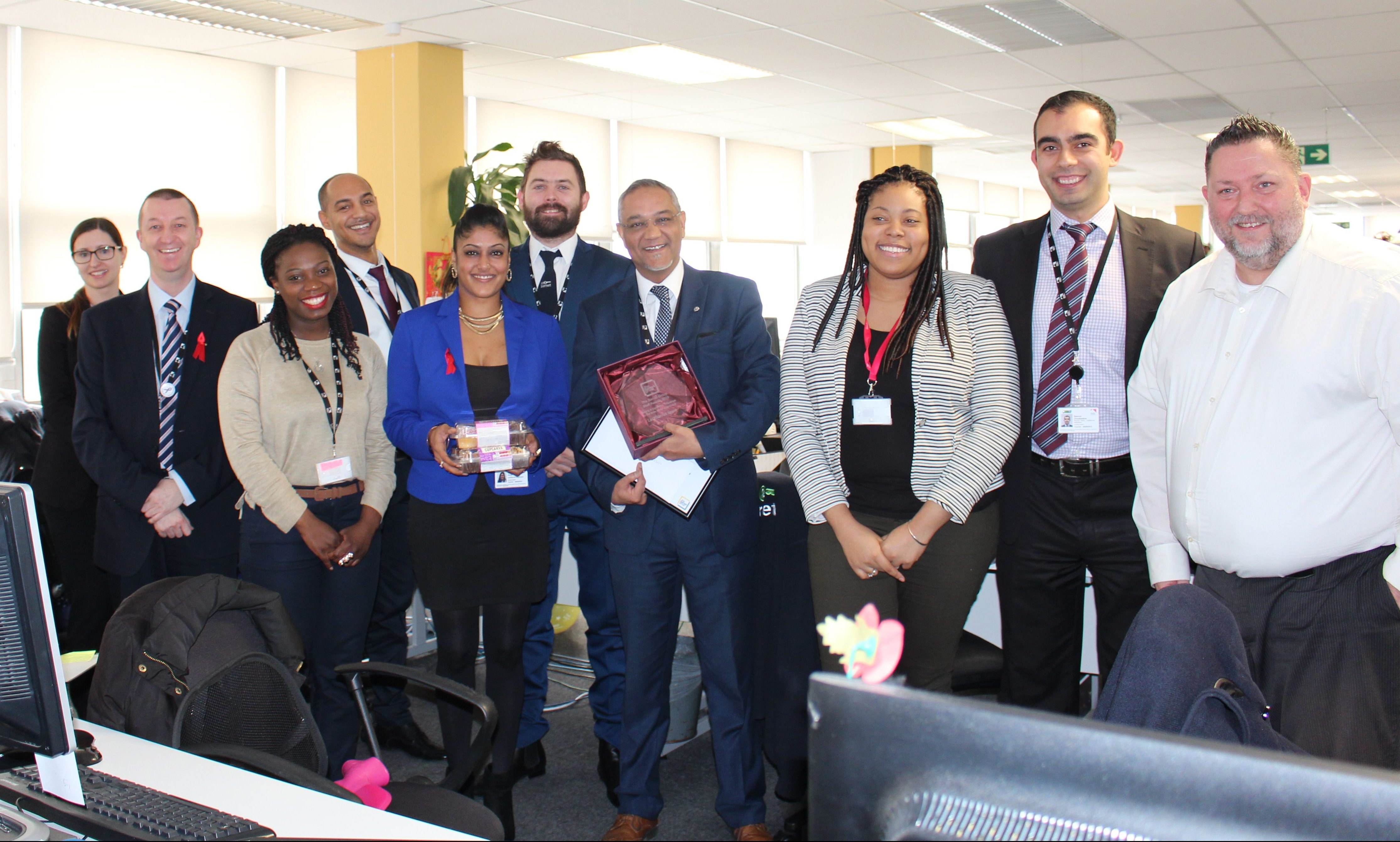 The Let 2 Barnet team has made significant contribution to the lives of vulnerable victims of domestic violence especially those at Minerva House (Women’s Refuge) who needed to be rehoused. The team has played a big role in ensuring that these vulnerable victims of domestic violence make a smooth move and match the needs of tenants in a holistic way not looking just at the physical move but also at their emotional, practical and psychological needs as well. These survivors come with lots of complex needs to us and the team has gone an extra mile to contribute to moving them in a safe place and supported by their networks to help them break the cycle of repeated domestic violence. 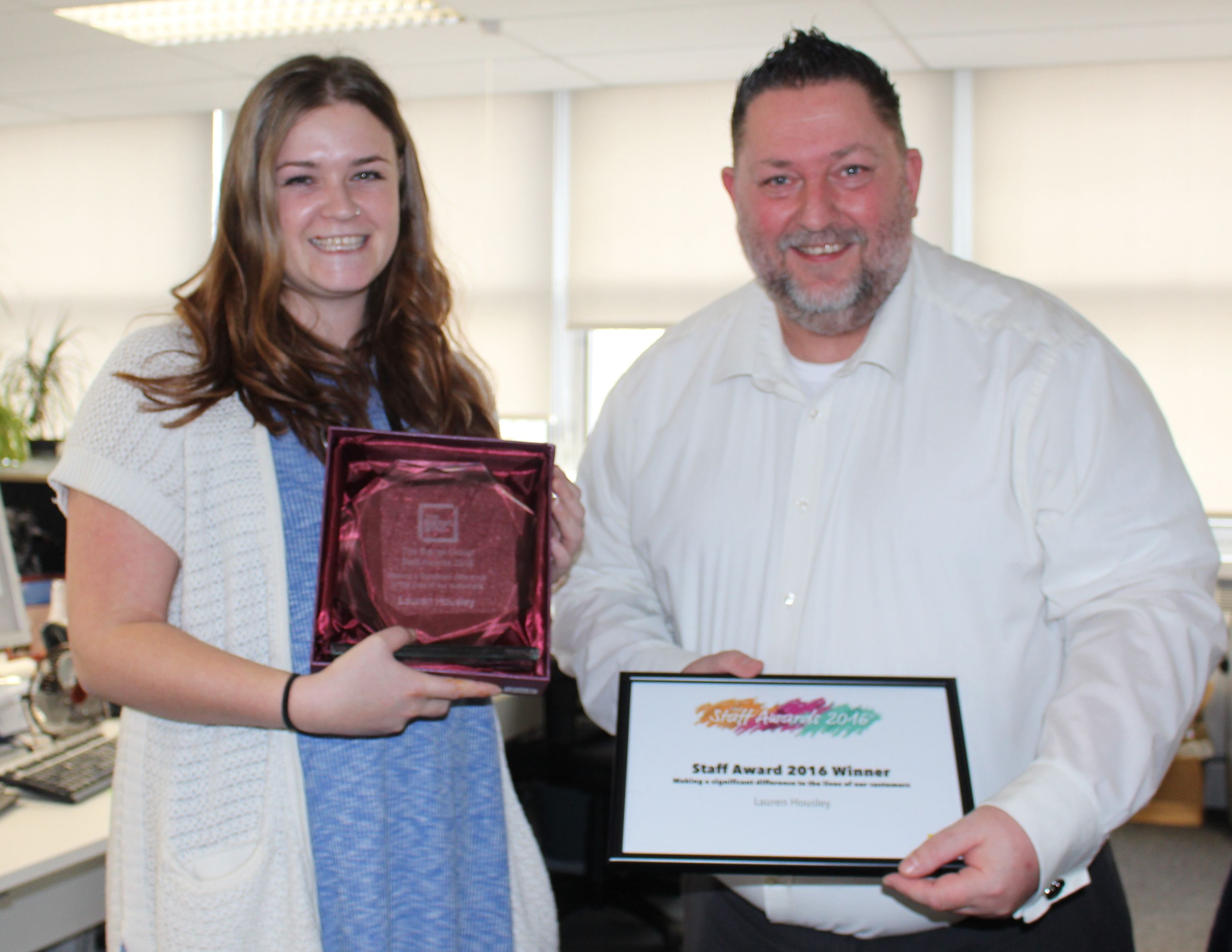 While still working as a graduate trai
nee she volunteered to work at the Barnet Homes Domestic Violence One Stop Shop (OSS) and also to assist the DV and Sanctuary Coordinator in other DV projects like representing Barnet Homes at the Multi Agency Risk Assessment Conference (MARAC) every month, DV Forum and awareness raising in the Borough.

She is now a Housing Needs officer and continues to volunteer her time to DV projects. She is passionate, dedicated and ensures that each victim presenting at the One Stop Shop is dealt in a holistic way with the support of a range of specialists such as the solicitors, advocates and the police.

At the end of each session she ensures the notes are circulated promptly on the day for effective action by the pool of specialists. Each case is unique, Lauren also advises on housing options and helps to prevent homelessness through other housing options such as sanctuary with injunctions, and joint-working arrangements. She works in excellent partnership with partners in the London Borough of Barnet. Lauren has gone the extra mile to making the OSS a success and very committed to making a difference to survivors of domestic violence. 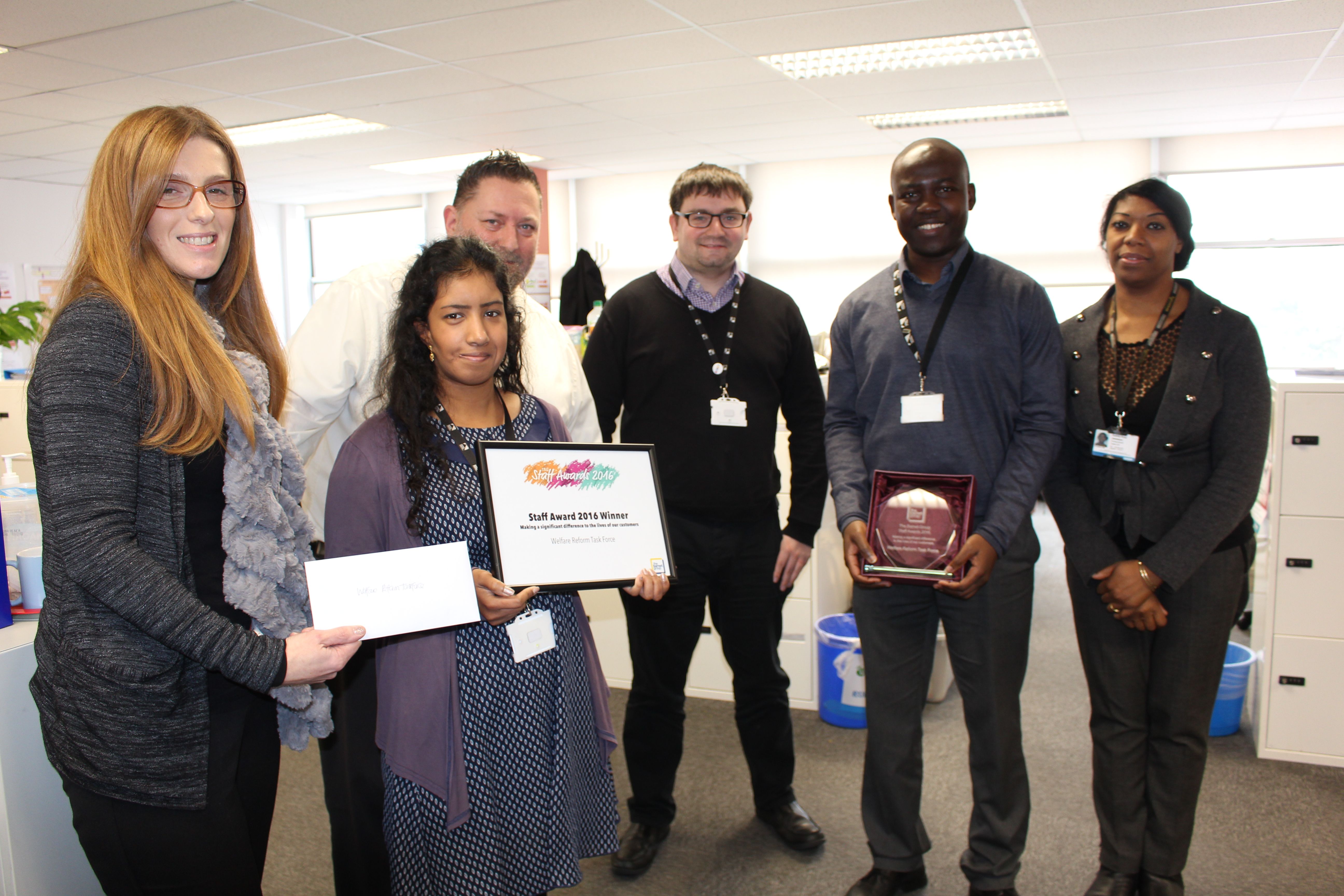 The Welfare Reform Task Force is a team of people from four different organisations (Barnet Homes, DWP Job Centre, LBB Discretionary Housing Payments and Future Path) who demonstrate one team approach to helping people who are affected by the benefit cap and other welfare changes. In 2015/16 the team helped 115 people into work, 66 to move to more affordable accommodation and 74 onto uncapped disability benefits, in addition the team also lead for the borough on Universal Credit budgeting support and supported 213 claimants.

Behind each of these numbers is a real person and what impresses me is that the team always remember that and respond to them as individuals with different needs and strengths. The team have been recognised nationally, regionally and across Barnet as innovative and achieving good results thorough collaborative working. 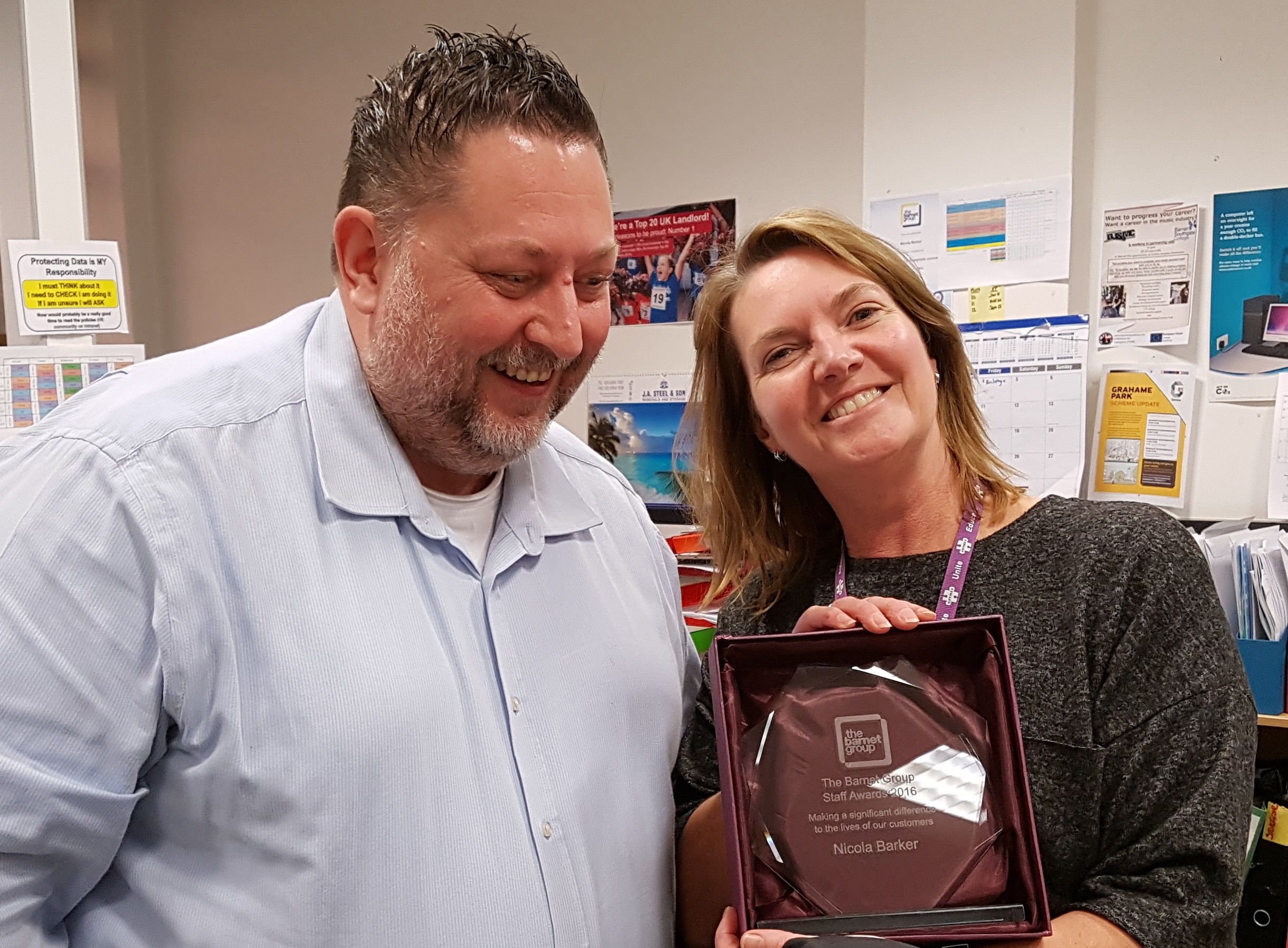 When a long time community partner withdrew from organising an annual sporting event on Grahame Park estate called Urban Gamez, it looked like this large-scale and hugely significant community event would not take place. Nicola was asked if she could take up the challenge whilst still fulfilling her usual daily responsibilities.

Nicola managed to plan and co-ordinate the event in less than 6 weeks and was able to bring together many community service providers including Barnet Homes contractors, Saracens Rugby Club, Barnet Football Club, Genesis Housing, the RAF Museum, the police, volunteers and her own colleagues within Barnet Homes to help put on what has been described as “the best Urban Gamez ever”.

Around 500 residents came to the event, almost 150 young people took part in the Gamez and it was a great success. Even the Mayor wrote Nicola a personal thank you letter. This is largely down to the commitment, great energy and enthusiasm that Nicola put into not just making it happen, but making it great. As a result of this annual event, many parents and young people were brought together to engage with each other and also the many contributors who attended the day and it showed the positive community spirit that exists on Grahame Park.

Community events like Urban Gamez make a significant impact on issues we don’t immediately see but, over time, helping residents especially future generations live a healthier lifestyle, engage with community groups and the community at large is an enormously important part of the regeneration process. Without Nicola’s help, it wouldn’t have happened.